American inventors and their works Part 2

As it is not so. Way outdoor, was so simple that other manufacturers of rubber just steal it. Even the name of this process for the vulcanization of rubber was invented by one of the pirate companies in England. Had to join in the ongoing struggle to protect its patents. He received a patent in France, which was then withdrawn for some technical reasons, and when he went to France to defend their rights, then again, ended up in debtor's prison. He bailed out more money from the sale of his autobiography (with the irresistible name of "Elastic resin") than he got for his invention.

Goodyear died in 1860, leaving the family deep in debt. The company, which proudly bears his name "Goodyear Tire and Rubber Company" does not belong to his heirs, a has been named so by brothers Frank and Charles Siberling of Akron in Ohio, which they admired.

Walter hunt and the invention of safety pins

Many famous inventors of the time are now almost forgotten. One of them was Walter hunt, author of numerous patents, which included the fountain pen, the process of production of paper collars, machine for making nails and rivets and prototype shotguns Winchester from the breech. But the most famous of his inventions was the safety pin, which he will come is small, after a couple of hours with a piece of wire. A businessman he was useless and immediately sold the rights to the invention for $400.

Eli Whitney and the machine for picking cotton

A little before the hunt, but made of the same inventor Eli Whitney a young man invented a new production process for the manufacture of nails, pins and men walking canes, a more Mature age has created a system of mass production of interchangeable parts. the principle of unification, which was called the Whitney. However, the most memorable of his invention rightly referred to as "cotton gin" is one of the most remarkable inventions of his time. The word "Jin" in this case has nothing to alcohol beverage, is a short engine (motor).

The idea of the invention it dawned on Whitney when he was away on a cotton plantation in Georgia. A native of New England, Whitney got to the plantation first and was keenly interested in everything. He was struck by how slowly and with what the cost of labor to manually clean the cotton from the seeds. Collecting two rollers with teeth rotating in different directions, he got a machine that easily separated the seeds from cotton. The car was brilliantly simple, and it changed the entire economy of the plantations of the South. Probably no one simple invention (except wheels) has become such a sensation and gave such immediate impact due to the leap in the efficiency of labor, as the cotton gin. One machine had replaced the work of thousands of slaves. For ten years the export of cotton has increased from 185 500 pounds to 41 million pounds. With this invention slavery in the southern States was not only immoral, but also economically unjustified. It is noteworthy that Whitney really didn't think (at least at first) that he creates something revolutionary that will change the course of history and provide him with a comfortable existence, a merely wanted to make a simple machine that will help his friend to farm more efficiently.

When Whitney finally realized what a revolution he made and how much money he can get for his gin, he filed a patent application. And, as is often the case with inventors in the nineteenth century, he had to fend off attempts to steal his invention over and over again and spend all your time on expensive court battle, brought him only invoices from lawyers. In the end he won, his superiority was recognized, and he was better off than many inventors. 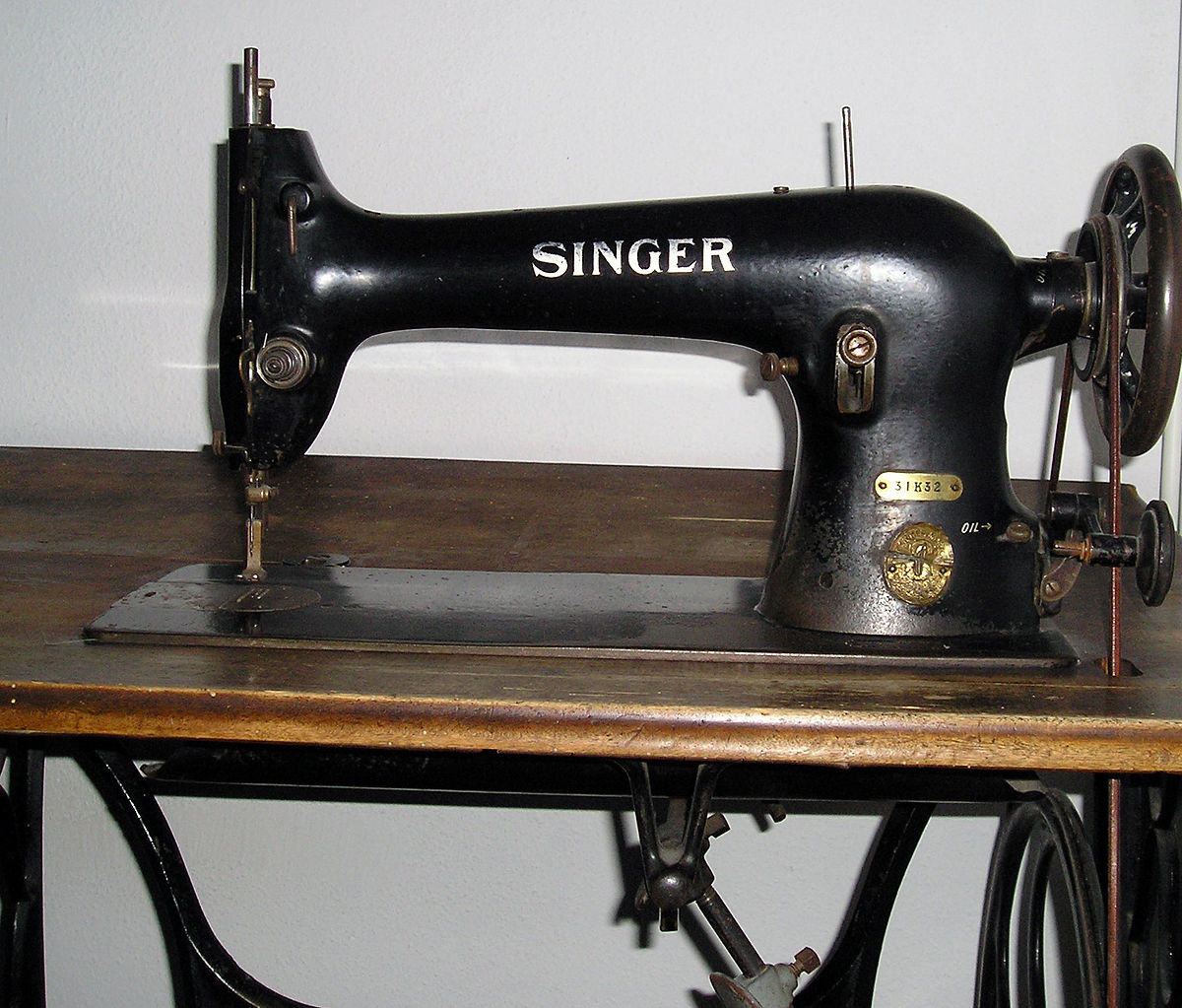 Elias Howe and the invention of the sewing machine

Poor Elias Howe was less fortunate. The young Bostonian made in 1846, the first working sewing machine, but they couldn't find anyone interested in its production. Desperate to succeed, Howe became depressed and went to England, in the hope that the British will appreciate the merits of his ingenious invention. However, this did not happen. Having spent two years living in London without any result, he fell into complete destitution and was forced to become a sailor on a ship to return home to Boston. Arriving there penniless, Ho found that a man named Isaac singer stole his invention, opened a factory for the production of sewing machines and rowing money with a shovel. Howe sued singer in court, and although all evidence of patent infringement Howe was there, clever lawyers hired by the rich singer delayed the court decision for several years. In the end, the Singer had to pay Howe a decent amount for each car sold, but the glory went still, Singer, and everywhere in the world the sewing machine known as the machine singer, not a Howe.

Earning a few million, Howe sent a detachment of Marines during the Civil war and he participated in it as an ordinary it was the age not only inventors, and eccentrics.

James Spangler and the invention of the vacuum cleaner

Similar was the fate of James Spangler invented in 1907, a vacuum cleaner, or "electric suction pot metal" as he called it. Spangler was a janitor in the city of new Berlin, Ohio, he had asthma and he couldn't stand the dust. Desperate to establish the production and sale of machinery, he appealed for help to his kinsman Mr. Hoover, a wealthy Tanner, who knew nothing about electric motors, but had a good nose for profitable business. It did not take much time, and factory Hoover earned worldwide. He became known as a great inventor, a British even made his name a verb (to hoover vacuuming). James Spangler, nobody remembered.